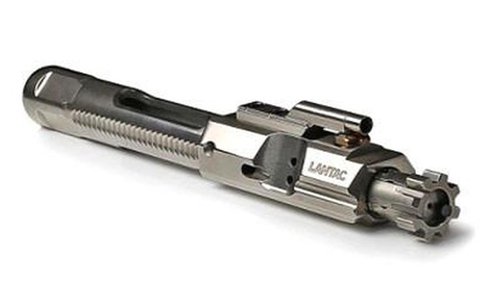 Using a sporting rifle is a lot of fun and can offer you a lot of functionality as well. If you are someone who loves to burn brass at the range, even those models chambered in .22lr can provide hours and hours of fast-paced fun plinking and punching paper. If you happen to shoot an AR or a similar platform chambered in a hotter cartridge like .223 or .308, you can still enjoy hours of fun at the range, but there’s a lot more you can do with those rifles.

You can use a sporting rifle for competitive long-range shooting or other competitive shooting like 3-gun shooting. The customizability of a black rifle is simply amazing. There’s almost nothing you can’t do to personally tailor the performance of the rifle with respect to how it fits you, its accuracy and cycling, and the types of accessories you build onto the platform.

Hunters will also love the fact that the rifles are so adaptable. That makes them ideal for hunting wary, active quarry that sometimes requires quick follow up shots. For example, predator hunters and hog hunters can often be found toting sporting rifles around for the purposes of harvesting those species of game.

Building your sporting rifle from the ground up, or even just tinkering with the components can yield you a lot more functionality than you can get from factory settings and parts. Shooters who build their own rifles or like to play around with new components can do a lot for their rifles by swapping out trigger assemblies, barrels, sights, grips, handguards and more. That being the case, one of the most critical pieces of your rifle - perhaps the most critical component of all - is its bolt carrier assembly or bolt carrier group.

Bolt Carrier Groups - Mission Critical Operation
Without a bolt carrier group, a rifle simply won’t operate. We understand that that is a sort of a blanket statement since a rifle also won’t function without a trigger or a barrel, but the bolt carrier group (also knows as the BCG) is one of the most critical pieces of the rifle.

The bolt carrier group is a vital piece of the actions of semi-automatic sporting firearms. It houses the bolt, firing pin, gas rings and key, extractors, ejectors and more. In short, when you pull the trigger, everything that follows affects and is affected by the bolt carrier group in your rifle.

A well maintained, clean bolt carrier group is essential to the smooth operation of a sporting rifle. Unlike repeaters, which rely on manual cycling of bolts, levers, slides or other manually operated actions, a semi-automatic rifle relies on the proper calibration, weight, and maintenance of its bolt carrier group to fire, eject and cycle rounds effectively.

When you pull the trigger, the firing pin moves forward and strikes the primer of the chambered round. Gases generated from the deflagration of the charge accelerates the bullet and is recycled back into the action where it is trapped by the BCG and the force of those gases push the BCG backward. The extractor, connected to the BCG, pulls the spent brass from the chamber, and the ejector, also connected by proxy to the BCG, ejects the round. After the bolt carrier group has traveled backward and ejected the spent brass, the firing pin is reset, it springs forward, strips a live round from the magazine, chambers the round and locks.

What Does A Bolt Carrier Group Have to Tolerate?
This requires a little bit of imagination but you can probably figure it out pretty easily. Even in an entirely corrosion and contaminant-free world, the bolt carrier group would still be the hardest working part of a sporting rifle.

The bolt carrier group, and the components it carries, are subjected to extremely high pressures, high temperatures, and rapid cycling every single time you pull the trigger and fire a round. This means that a bolt carrier group has to be made to exacting specifications to be tolerant of high heat and high abrasion. They also need to exhibit high degrees of strength. Even in this perfect world free of other influences, the bolt carrier group would still be wearing against the housing of the receiver with every actuation, and all of its parts would be moving with it.

The real-world features pollutants and contaminants. Whether you’re at the range or actually out in the field hunting, your rifle will be affected by water, dirt, sand, mud, grime and much more. Modern primers and propellants are much better than their antiquated counterparts when it comes to creating corrosive fouling, but even modern smokeless powder residue will accumulate within the action of a rifle when it is blasted about under the high pressures it generates. If a bolt carrier group is oiled excessively, it will start to hang onto dust and fouling, which on their own can abrade the system as the group moves back and forth within the receiver.

Now add in the influence of corrosion on top of abrasion. If the bolt carrier group is not kept clean, water, dirt, and fouling will all accumulate on and in the group and over time can degrade the integrity of the unit. Considering that if only one small component of the entire unit does not operate the rifle will not function as intended, avoiding this in the first place is advisable.

Taking into account the facts that people enjoy tinkering with their rifles for better performance, cycling, and accuracy, as well as that a BCG tolerates a lot of abuse and must be maintained, there are many different types of bolt carrier groups available.

That being said, phosphate coated bolt carrier groups do not exhibit the same degrees of dry lubricity as some of the other coatings we will explore. For that reason, they will require additional lubrication. That lubrication, if applied in excess, or not coupled with frequent, thorough cleaning, can trap and accumulate dirt and fouling, which themselves will wear and corrode your BCG and the receiver. A phosphate coated BCG is tough, but you’ll need to make sure it’s not only well lubricated but well cared for.

Nickel Coated
Nickel coated bolt carrier groups tend to get a lot of press because some of them offer shooters very high measures of permanent dry lubricity that reduce friction and make them easy to clean.

Because nickel and nickel boron coatings exhibit such dry lubricity, they require much less - almost no - additional lubrication to cycle and operate smoothly. As a result, they accumulate less dirt and dust than other bolt carrier groups whose oils can trap them.

That being said, they are significantly more expensive than Parkerized bolt carrier groups and the coating is much less durable. While they will require less lubrication, they will require more attention and maintenance by comparison.

Here at White Knight Supply, we offer quite a range of nickel coated bolt carrier groups, giving you the choice of a Fail Zero BCG, a C15 BCG, a Black Rain BCG and many other options.

Nitride coated bolt carrier groups are very hard which makes them very resistant to wear which puts them closer to Parkerized options in durability, but they are easier to clean. Most of their value comes from the fact that they offer so much wear resistance that nickel-coated options don’t naturally offer.

There are some of the main classes of bolt carrier groups and the finishes and coatings that are typically offered with them, as well as some of the benefits and drawbacks of each. Whether you’re looking for a Fail Zero BCG with a nickel boron coating with permanent dry lubricity or a Parkerized BCG by Phase5, you can find them right here at White Knight Supply. You’ll have to settle upon the attributes you want from the bolt carrier group you choose as well as what type of performance you want from your rifle’s action in order to make an informed decision.

Shopping for the right bolt carrier group such as a nickel boron coated Fail Zero BCG might also require you to find some associated parts. Take a look through our collection of firing pins, hammers and more that you can use with your builds or customizations.

We also recognize that part of what goes along with putting together a sporting rifle for your hunting or shooting pursuits will mean proper care and maintenance. In addition to the parts for your bolt carrier groups and rifles that we sell, we also offer a range of cleaning and other maintenance supplies so you can keep your gun spotless and cycling as smoothly as can be.

Building out a rifle, or making alterations to it, can offer you many hours of enjoyable recreational shooting. Choosing and maintaining a specialized bolt carrier group also means that you can fine-tune your rifle to minimize recoil, cycling time and much more. It will give you an opportunity to really get in touch with the platform you build.

On top of our selection of parts for sporting rifles and cleaning supplies, we sell a comprehensive collection of other shooting and outdoor supplies right here on our site. You may have dropped by for a Fail Zero BCG, but don’t forget to check out our other collections. We offer many parts and accessories for firearms as well as knives and tools, lights and other outdoor gear right here.

If you need a little help finding what you’re looking for, contact us at sales@whiteknightsupply.com - And don’t forget while you’re shopping - shipping from White Knight Supply is always free.